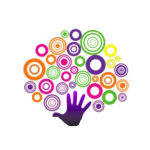 Providing accommodation and support services
to children, young people and their families.

Following the news that the Bathurst 1000 has been rescheduled to November 4-7, Veritas House has announced they will postpone their 40th anniversary Winter Wonderland Ball to a date yet to be determined in Winter 2022.

The Ball had originally been planned for the end of August and was rescheduled last month to November 6 due to the ongoing Covid-19 restrictions in NSW. However, the clash with the Bathurst 1000 has forced the local not-for-profit organisation to make the difficult decision to delay the celebrations until next year.

According to Veritas House CEO, Jody Pearce, the irony that this announcement is being made during Homelessness Week is not lost on staff, particularly given the event was raising funds to assist in addressing the critical shortage of affordable housing in the region.

“We are obviously disappointed that we cannot pay tribute to this milestone for our agency in our 40th year of operations, however we are confident that when we are finally able to hold the event it will be a fitting celebration of the impact our staff have made to the lives of vulnerable children, young people and families over the past four decades,” said Ms Pearce.

“We want to take this opportunity to sincerely thank Verto, Peak Connect, Bathurst RSL Club, the Western Advocate, Radio 2BS and the huge number of local businesses who had committed to sponsor or support the event. Our staff are in the process of contacting all of our sponsors and the more than 300 ticket holders to inform them of the cancellation of this year’s event, but we hope to see the same level of excitement and enthusiasm for the rescheduled event once it is announced.”

With more than 27,000 young people experiencing homelessness on any given night in Australia, Veritas House is hoping local residents will mark Homelessness Week this week by making a tax-deductible donation towards their Transitional Youth Housing Appeal at: www.veritashouse.org.au/donate.

“We may not be able to dress up and dance for a great cause as we’d planned, but there is still an opportunity for the local community to show its support for young people in the region who are experiencing homelessness, and we hope the local community will still show its commitment to Veritas and our Appeal despite the postponement of our event,” said Jody.