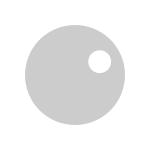 1981
Veritas House founded by Bathurst Youth Service, a social action committee of the UnitingChurch, Bathurst. Dominican Sisters granted the use of their building for the homeless youth refuge purposes. During its first year, the Bathurst youth refuge housed approximately 100 young people experiencing homelessness.

1983
Two youth workers were employed by Veritas House and became independent of Bathurst Youth Service. Bathurst youth refuge moved to larger quarters on Sydney Road, Kelso and the former premises in Keppel Street was turned into medium term accommodation for homeless young people between 15 and 21.

1984
Bathurst youth refuge moved to another house (provided by Department of Corrective Services) in Keppel Street. The employment of a fourth worker enabled the crisis refuge to be open 24 hours a day, Monday to Friday.

1987
Approached by the NSW Department of Community Services (DoCS) to take on the additional service of Adolescent and Family Counsellor in Bathurst. Management accepted this proposal and the corresponding funding. First funding of a full-time position for the medium term service.

1988
Due to financial constraints, staff in Bathurst had to be reduced to 3.5 workers. The Keppel Street property was bought by the NSW Department of Housing, which gave the youth refuge security of tenure. The “Workout Scheme”, supervised by staff, was introduced in Bathurst to provide residents with job opportunities.

1991
DoCS agreed to fund an additional staff position in Bathurst, that of a Housing Support Worker. Medium term accommodation moved from West Bathurst closer to the Bathurst Centre. All staff covered by the new Social and Community Services Award. Bathurst staff comprised of 4.5 youth workers at the youth refuge, one at medium term, and one Counsellor in Adolescent and Family Counselling.

1992
In response to the Usher Report’s recommendations for the deinstitutionalisation of substitute care for children and adolescents, DoCS increased Veritas House funding. Initial funding also received for an Outreach worker in Bathurst.

1993
A fire at the Bathurst youth refuge damaged the bedroom and bathroom areas. For the six weeks it took to complete the repairs, the service continued to function. Name changed to Veritas House Inc. in recognition of services in addition to the refuge. The Model Rules for Associations recommended by the NSW Department of Consumer Affairs was formally adopted. The year was characterised by a major funding crisis; medium term accommodation in Bathurst temporarily closed to cope.

1995
DoCS’ funding was adjusted towards the end of this year, to somewhat appropriate levels.

1997
A comprehensive training program and training manual was developed for all prospective employees and work experience students.

1998
Orange & District Youth Refuge undergoes a restructure from a cooperative structure to the appointment of a full time coordinator with three full time youth workers providing a 24 hours, seven days a week service.

2000
MYOB accounting introduced. Issues concerning the suitability of the location of the Bathurst refuge are becoming acute.

2001
Agreed to auspice Backtracks, Youth In Search camps and Aboriginal Cultural Camps. After a few years, they later became autonomous and independent of Veritas House.  Concerns with the suitability of the Bathurst refuge building and of the location continue.

2002
A building report revealed major issues about the safety of the Bathurst youth refuge building and a joint decision was made with Community Housing and Community Service officers to relocate the refuge to another neighbourhood. Received full support from the relevant state authorities and Mr Gerard Martin MLA, and stood firm in the face of bitter opposition from neighbours.

2007
Better Futures Program gave us a grant to develop a Healthy Relationships project over a period of 18 months.

The Office of Community Housing identifies funds to purchase premises in Orange and to relocate the refuge from Lucknow to Orange. ODYR Management, staff and key stakeholders participate in an extensive strategic planning process to meet the current and future needs of young people in a changing funding environment. ODYR changes name to become Emerge Youth & Family Services Inc.

2008
Orange community donations fund an upgrade of the garage located at the back of the Emerge refuge, creating a training and education youth space.

2013
Veritas House is successful in securing funding for Out of Home Care (Foster Care) services and in establishing an Out of Home Care 24/7 residential unit. The Veritas House Winter Wonderland Fundraising Ball celebrates Veritas’ 30th anniversary and raises more than $10,000. Veritas establishes the Non Placement Support Services to provide supervised contacts, transports and mentoring sessions to children and young people in Out of Home Care (OOHC).

2014
As a result of the Going Home Staying Home reforms by Family and Community Services (FACS), Veritas House retains delivery of the Bathurst Youth Specialist Homelessness Services (SHS) and is also contracted to auspice the Emerge Youth Specialist Homelessness Services in Orange, bringing two like-minded, community-based organisations together. An office is opened in Lords Place Orange.

2015
Veritas House is contracted by Juvenile Justice to deliver the Bail Assistance Line service to provide accommodation, transport and casework assistance to young people who are in police custody and unable to meet their bail conditions due to homelessness.

Veritas House attains full accreditation by the Office of the Children’s Guardian to deliver Out of Home Care (Foster Care) services – a major achievement for one of the smallest start-up agencies in OOHC in the state. Veritas House opens a residential unit in response to the high needs of two young people in OOHC.

2016
Veritas secures stage two of HYAP, ensuring services for 12-15 year old young people in Central Western NSW. The organisation has grown to operate over five sites in Bathurst and Orange and now employs more than 70 people.

2017
Veritas is awarded the contract by FACS to deliver the Premier’s Youth Initiative for Western NSW, a pilot program designed to support young people aged 16-17 who are leaving OOHC and vulnerable to homelessness to live independently.

2018
Veritas opens a new office in Sale Street, Orange, bringing all of the services under one roof and includes our PYI community housing provider partner, My Foundations Youth Housing.

Veritas House transfers from an Incorporated Association to a registered Australian Public Company, Limited by Guarantee with the Australian Security & Investment Commission, including a revised Constitution and Board Charter, creating a solid platform from which Veritas is governed.